The 20-year-old, appears on the first of four covers to be released this week, with Saka’s edition also marking the inaugural issue of the Spring/Summer magazine for Adam Baidawi, British GQ’s newly announced head of editorial content.

The home-grown product of the Gunners’ academy, says to author Musa Okwonga:

Throughout life, you keep exercising your faith, so when you get into different challenges you decide, ‘this time I’m going to trust God’, and God comes through for you.

That’s how it kept building and building for me, so I can be confident and go into places knowing that God’s got me. That’s why a lot of times I can be fearless.

When I’m in the car with my girl, we listen to Ed Sheeran!

Saka, who a few weeks ago had to withdraw from the England squad after a positive Covid test, told GQ Style he is thankful to be playing professionally.

Our coach would always say – even when we were young – he would look at the group and say, ‘only one or two of you is going to make it’.

We would all look at each other because we were all so good, we were unbeaten, and everyone was baffled, like, who’s it going to be? 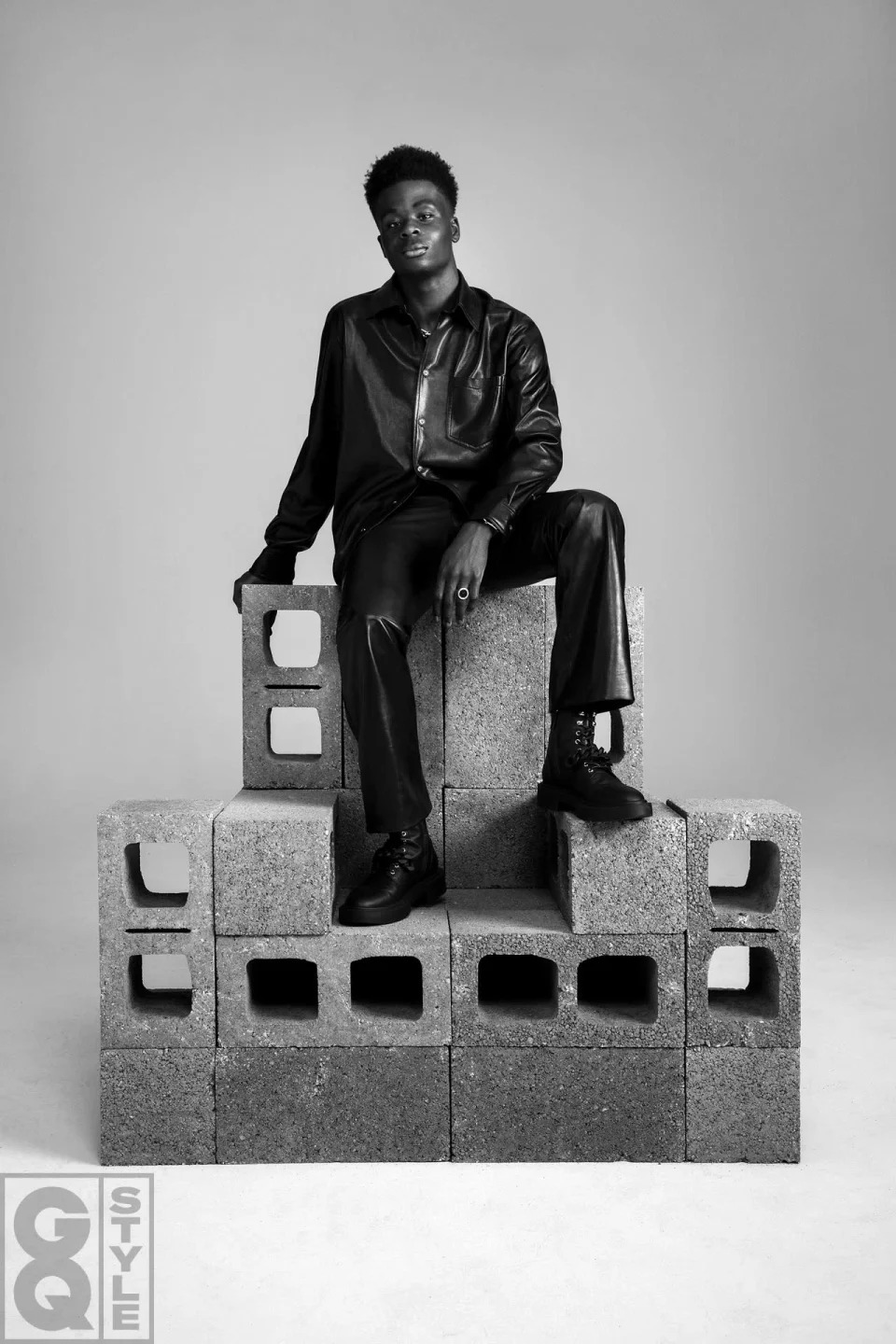 The Arsenal winger claims Barcelona ace Sergio Busquets is the best player that he has played against. He said:

Sergio Busquets, the way he just so elegantly turned me! [in a pre-season friendly in August 2019].

I came at him to press him, I tried to fake this side then go to the other, and the way he just embarrassed me: I was just like, yeah, this guy is elite.

Saka considers an iconic effort from seven-time Ballon d’Or winner Lionel Messi to be the greatest he has ever seen.

I think I would say Leo Messi’s goal in the Copa del Rey final against Athletic Club. The one where he dribbled everyone. Now that I play, I can see how hard it is to score that goal.

The England international has scored 21 goals for Arsenal and four for his country.