Pierre-Emerick Aubameyang is returning to the English Premier League after Chelsea completed a deal to sign the forward from Barcelona for a fee of €12 million, the clubs announced on Thursday night.

Aubameyang has signed a two-year contract at Stamford Bridge.

The 33-year-old only joined Barcelona in January on a free transfer from Arsenal, but was relegated to a backup role following the arrival of Robert Lewandowski.

Despite that, manager Xavi Hernandez was still keen to keep the striker, but the Catalan club’s need to raise money to invest in other areas, coupled with their depth in attack, forced them to consider offers.

I’m really happy. It’s an honour to be part of this team and I can’t wait to start. I have some unfinished business with the Premier League so it’s good to be back and really exciting.

Pierre-Emerick is an elite striker with a proven track record in the Premier League and his arrival strengthens our squad, giving us new attacking options. We are thrilled to have Pierre-Emerick on board with us in the new era at Chelsea and we’re really looking forward to working with him.

Shortly following Aubameyang’s arrival, Chelsea also announced the signing of Juventus midfielder Denis Zakaria on loan for the rest of the season. The deal includes an option to make the move permanent next summer.

Swiss international Denis Zakaria has joined us on loan from Juventus for the remainder of the 2022/23 campaign! 😁#ZakariaIsChelsea

Aubameyang was the victim of an armed assault by a gang at his home in Barcelona earlier this week in which he and his wife were handcuffed and tied up.

The striker will be out of action for around three weeks after he was left with a broken jaw following the incident.

He will return to London, where he spent four years playing for Arsenal, and will be reunited with coach Thomas Tuchel, who he previously played under at Borussia Dortmund.

Aubameyang’s spell in Barcelona was brief but fruitful. He scored 13 goals for the Blaugrana in all competitions, including 11 in 17 league games as he helped them finish in second place and qualify for the Champions League last term.

The former Gabon international had signed for Barcelona on the final day of the transfer window in January on a free transfer after Arsenal agreed to rescind his contract. During his time with Arsenal, he scored 92 goals in 163 games, including three in seven outings against his new side Chelsea. 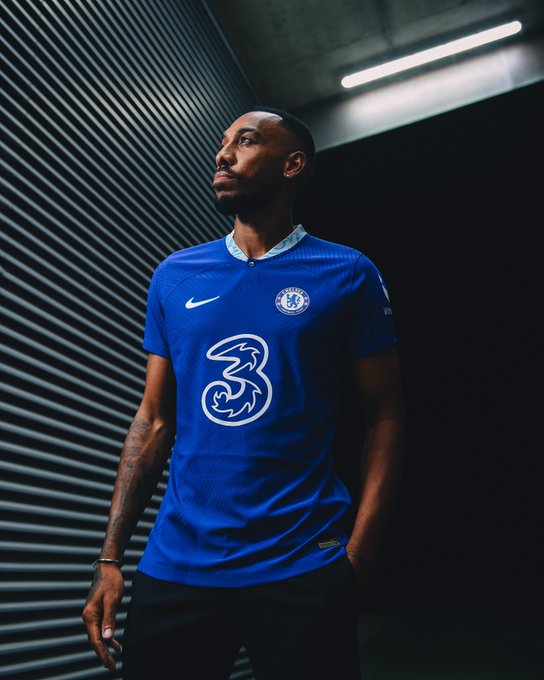 Prior to joining Arsenal, the striker had a successful five years at Dortmund, netting 98 goals in 144 appearances for the German club.

On a busy final day of the transfer window for Chelsea, the club also announced that defender Marcos Alonso’s contract was terminated by mutual consent. The Spain international, who spent six years with Chelsea, is set to join Barcelona.

Marcos Alonso has left Chelsea by mutual consent, ending a six-year association with the club.

Everyone would like to thank Marcos for his service to the Blues and wish him all the very best for the rest of his career. 💙

Chelsea also confirmed the departures on permanent deals of Billy Gilmour and Kenedy to Brighton and Real Valladolid, respectively.

Galtier: Neymar One Of The Best Players On The Planet