The Uruguayan, bought from Benfica for an initial fee of €75 million, made himself an instant fan favourite after capping a lively appearance off the bench with a stoppage time goal to secure the first trophy of the season.

Despite being without Nunez in the first half, it was Liverpool who were quick to strike with Trent Alexander-Arnold opening the scoring in the 21st minute. His first-time strike took a slight deflection off the head of Nathan Ake and nestled in off the post.

Adding the #CommunityShield to his collection of trophies as Reds boss 😁 pic.twitter.com/tnUT0SiCEE 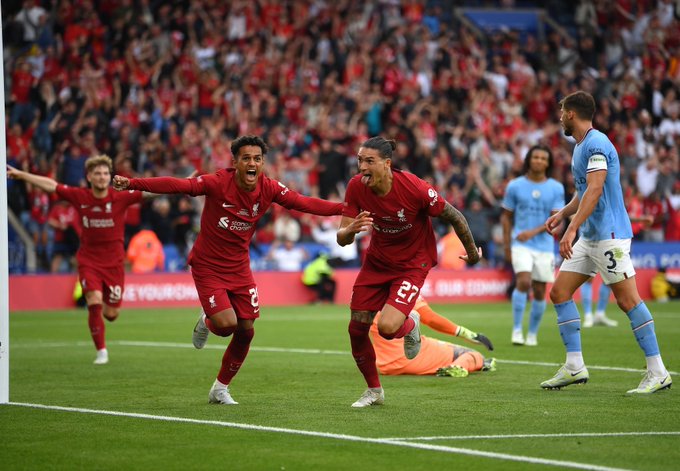 Jurgen Klopp introduced new man Nunez from the bench an hour in and Liverpool continued to look dangerous going forward, with City desperate for an equaliser.

And while all eyes were on Haaland, it was another summer signing — Julian Alvarez — who drew the game level in the 70th minute. 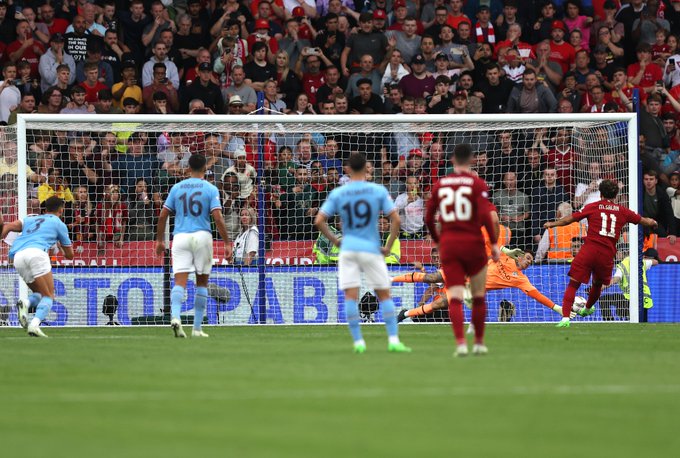 The Argentina forward squeezed a shot past Adrian after a goalmouth scramble which saw Phil Foden win the ball from the Spanish goalkeeper. Alvarez’s goal was initially ruled out as his original run in behind was deemed offside, but a lengthy VAR check ended with Craig Pawson overturning the decision.

But it didn’t keep City on level terms for long. Nunez drew a handball from Ruben Dias in the penalty area which was eventually awarded through VAR as a penalty. Mohamed Salah dispatched the spot kick with ease.

Victory was ensured for Klopp’s side in added time — and Nunez got his goal. He nodded home past Ederson to give Liverpool a two-goal cushion and ensure a perfect start to his tenure at Anfield.