German team Eintracht Frankfurt defeated Scottish side Rangers 5-4 on penalties to win the Europa League on Wednesday night after the final in Seville finished 1-1 at the end of extra time.

Aaron Ramsey missed for Rangers in the shoot-out after coming on as a substitute with only three minutes left of extra-time, before Rafael Borre struck the winning shot to complete Frankfurt’s remarkable triumph.

Borre was the hero of the night, after already cancelling out Joe Aribo’s opener for Rangers as Frankfurt won their first European trophy since 1980 and booked their place in next season’s Champions League. 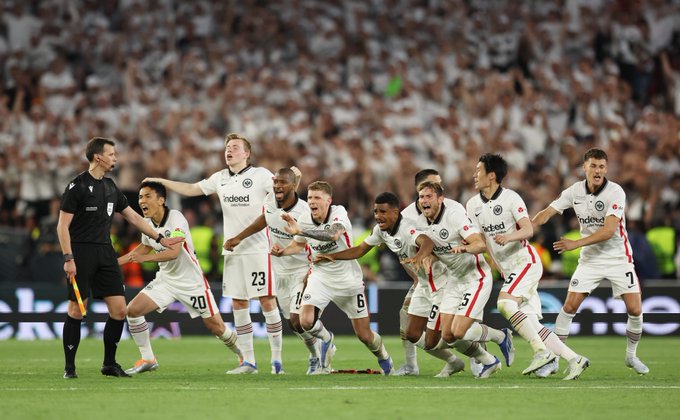 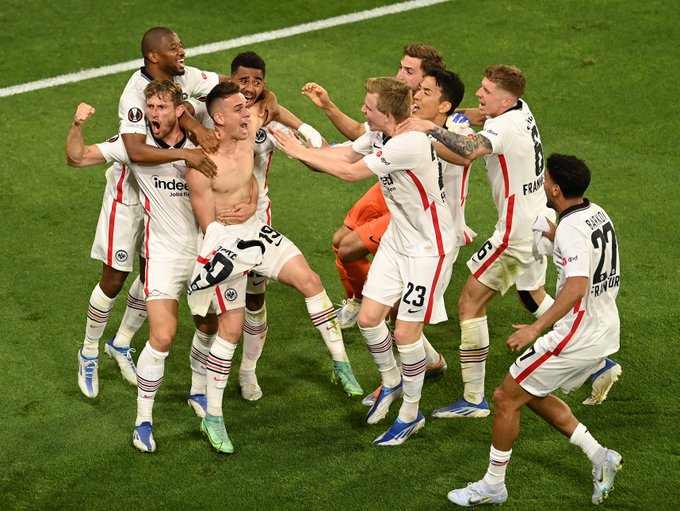 The 42-year wait for a second European triumph comes to an end for Frankfurt! 🏆#UELfinal pic.twitter.com/jXtlTDopVV

The first half ended in a goalless draw at Ramon Sanchez Pizjuan Stadium in Seville, Spain.

Giovanni van Bronckhorst’s side took a 1-0 lead when an Eintracht Frankfurt defender slipped and left Joe Aribo free to run in a one-on-one with the goalkeeper. It was easy for Aribo to beat Kevin Trapp to score the opener in the 57th minute.

Twelve minutes later, Eintracht Frankfurt responded with a goal by Rafael Santos Borre, who touched the ball between the two Rangers center-backs to defeat McGregor at his near post, sending the match into extra time. 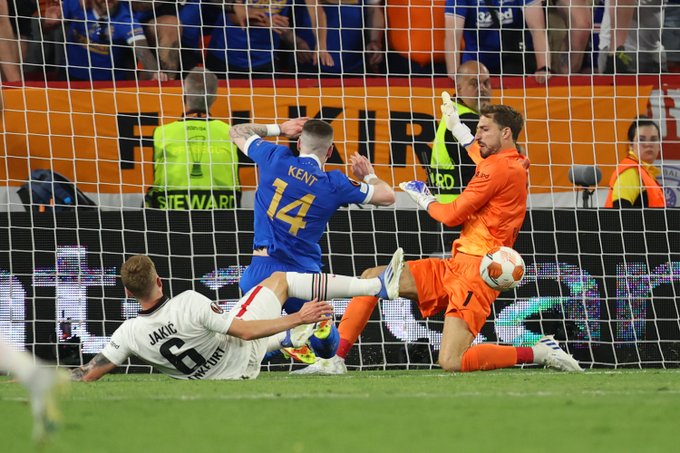 Near the end of extra time, Trapp blocked Kent with an impressive save by his legs from six yards out to keep Frankfurt alive.

The match went into penalties. And Eintracht Frankfurt became the winner of the night after beating Rangers 5-4 on penalties.

Former Arsenal player Aaron Ramsey was the only player to miss his penalty in the game. 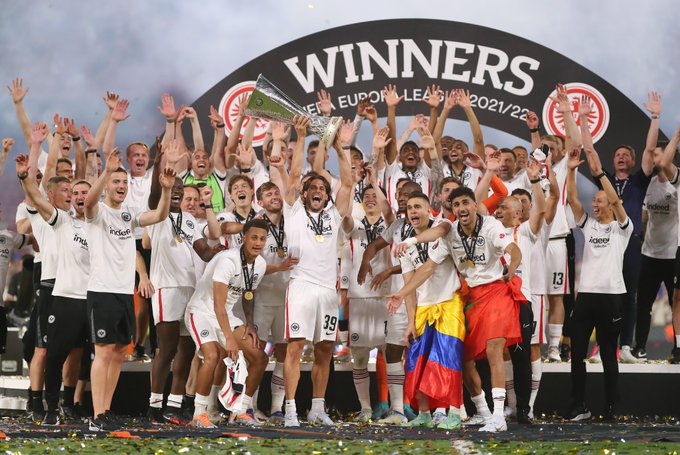 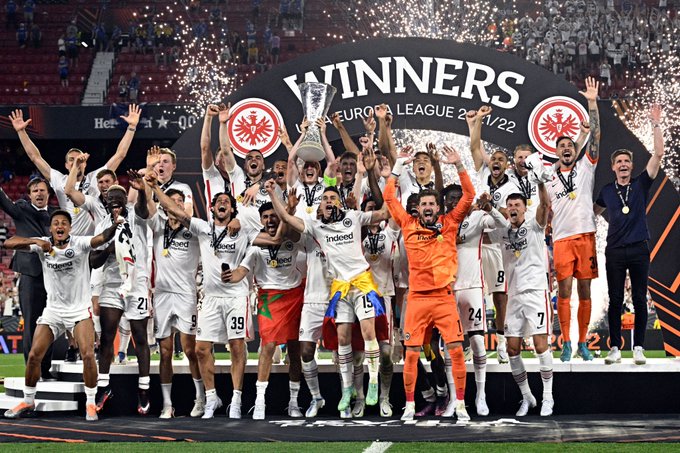 The German side clinched their second European victory after lifting the UEFA Cup in 1980. They also automatically qualified for the next season’s Champions League.

Ballon d’Or 2022 Nominees: Benzema Leads The Way As Messi And Neymar Miss Out