Lionel Messi has made history by becoming the first player to win the World Cup Player of the Tournament twice.

The Argentina star was brilliant throughout the tournament and scored seven goals for his side – including two in the incredible final against France.

Pre-tournament many referred to this World Cup as Messi’s last opportunity to win the trophy that had previously deserted him.

The pressure was on the 35-year-old to deliver and he stepped up in the best possible way.

Lionel Messi with his family. pic.twitter.com/P6NVEz3Rwg

Not only did Messi score an incredible seven goals throughout his time in Qatar – the Argentina No. 10 also provided his teammates with three assists.

Before the 2022 World Cup, Messi had only scored six World Cup goals meaning he more than doubled his tally from his previous four tournaments combined.

The PSG forward wowed fans throughout the World Cup with dazzling displays, particularly against Australia and Croatia in the knockout stages.

France forward Mbappe took home the golden boot and finished second for Player of the Tournament.

The electric 23-year-old scored a hat-trick in the final, becoming just the second player ever to do so – joining Geoff Hurst.

Croatia had another brilliant tournament led by Modric and the Real Madrid midfielder finished third behind Messi and Mbappe.

Modric and Co. surpassed all expectations again as they finished third in the World Cup – beating Morocco 2-1 in the third-place playoff. 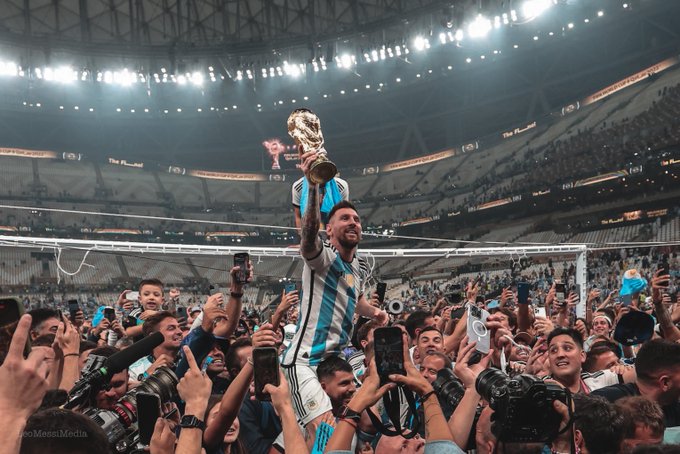 Argentina won the final 4-2 on penalties after the game ended 3-3 after extra-time.