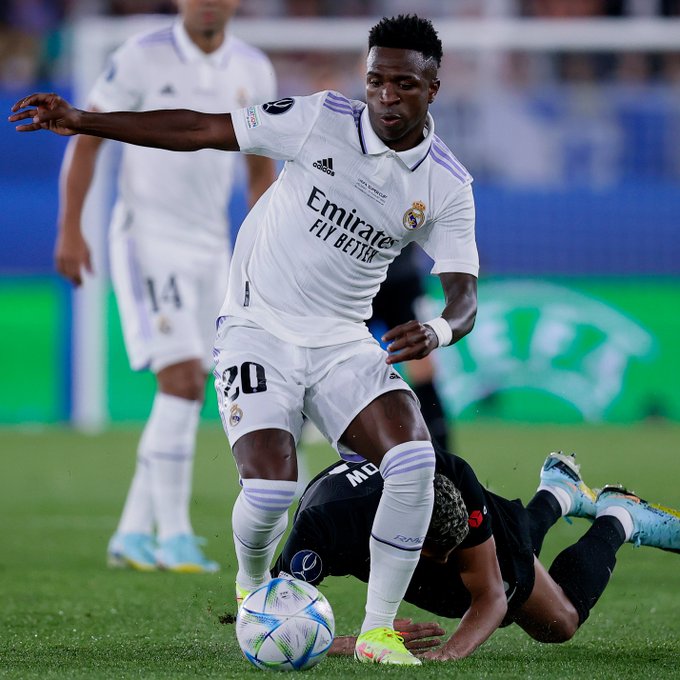 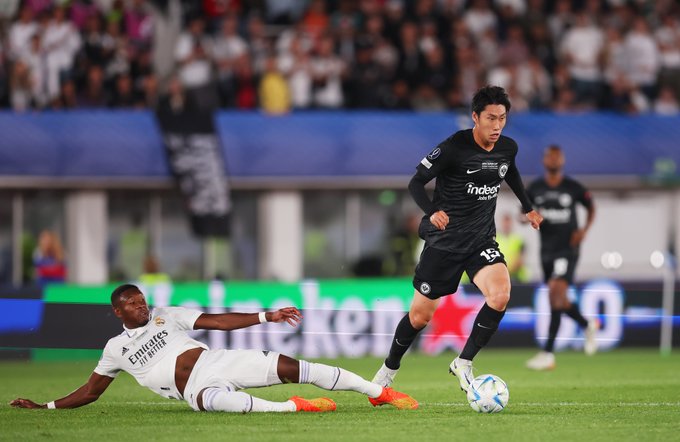 Last season, Carlo Ancelotti’s side recorded a 1-0 victory over Liverpool in the UEFA Champions League final, while Frankfurt beat Rangers on penalties in the Europa League final to secure their spot in the showpiece event for the first time in their history.

And on a night he won his 24th trophy as a manager, Ancelotti fielded the same starting line-up from Real’s UCL final against Liverpool while Frankfurt changed from their Europa League final squad.

Real Madrid were playing in the fixture for the eighth time, and they have now lifted the trophy on five occasions.

Ancelotti’s La Liga winners took the lead shortly before half-time through David Alaba, who converted from close range after Casemiro had picked out his teammate with a header.

One of the best midfield trios of all-time 🔥 pic.twitter.com/klGs10I4fy

The art 👇 The artist 👇 pic.twitter.com/rIQr8jl2nC

Real stayed in control after the break, forcing another good save from Kevin Trapp in the 55th minute, knocking away a deflected Vinicius shot before Casemiro rattled the crossbar with a strike from the edge of the box two minutes later.

The game’s second goal arrived shortly after, though, with Benzema finding the back of the net after a cross from Vinicius, but it was a mistake from Trapp, who allowed the ball to pass him far too easily.

Benzema is now Real Madrid’s second-highest goalscorer of all time with 324, passing Raul, with only Cristiano Ronaldo (450) ahead of him in terms of strikes for the famous Spanish club.

The victory means Ancelotti becomes the first coach to lift the trophy four times. And the win also brought Real level with AC Milan and Barcelona who have also five Super Cup wins. 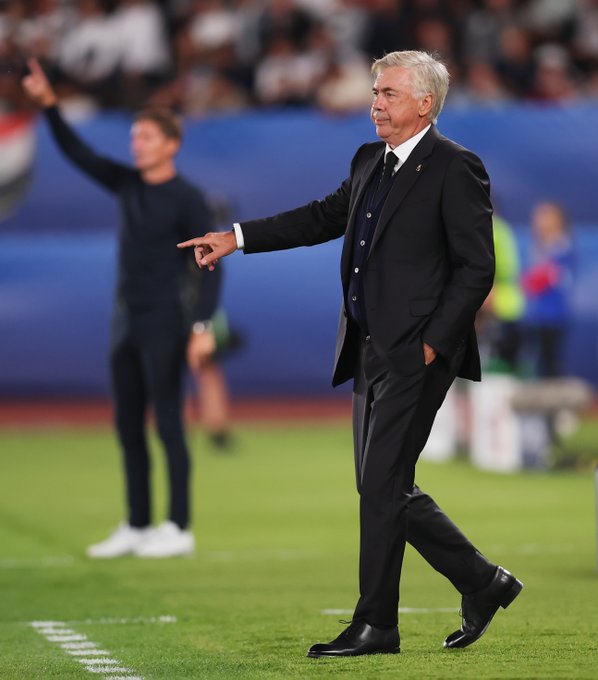 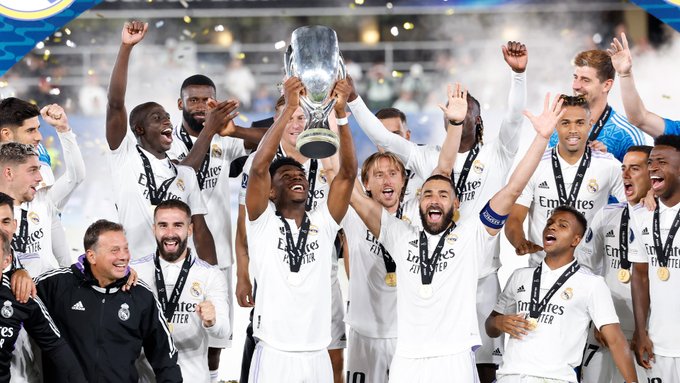 Most #SuperCup wins as a player:

Real Madrid will begin their 2022-23 La Liga campaign away to Almeria on Sunday, while Frankfurt, who lost 6-1 to Bayern Munich in their Bundesliga opener last Friday, will resume their league season away to Hertha Berlin on Saturday.