Vinicius Junior struck the winner as Real Madrid lifted a record-extending 14th UEFA Champions League title with a 1-0 victory over Liverpool in a final where the kick off was delayed due to ‘security reasons’ in Paris.

The Brazilian forward guided home Federico Valverde’s driven cross just shy of the hour after the Merseysiders had failed to find a way past the inspired Thibaut Courtois despite dominating for long periods.

Thibaut Coutois is the man of the match. He gave Real Madrid the #UCl trophy! #UEFAChampionsLeagueFINAL

Jurgen Klopp’s side ran into a one-man wall of defiance as Real goalkeeper Courtois produced one of the great individual performances to thwart Liverpool time and again.

Mohamed Salah, seeking revenge for his early departure through injury in the 2018 final against Real, was denied three times by Courtois who was simply unbeatable. 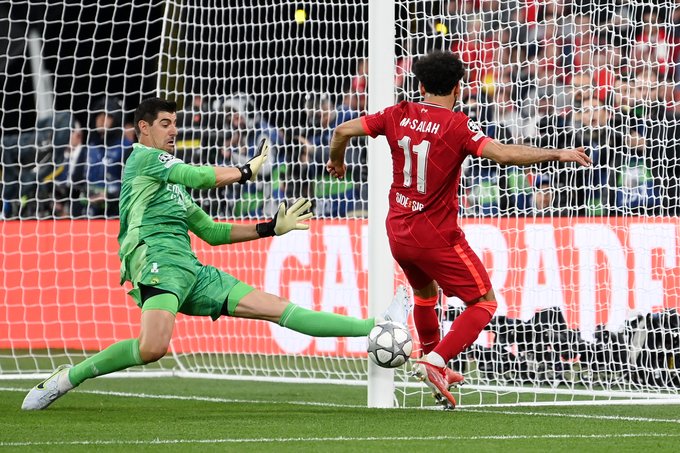 The defeat means Klopp’s side end the campaign with two domestic cups in the trophy cabinet, but have come up just short in both the Champions League and English Premier League.

An disappointing end to an incredible season for Klopp’s Liverpool.#UCLfinal pic.twitter.com/Hyxqf4RVxr

In contrast, Real have capped their fairytale run to the final by adding yet another European crown to the La Liga title.

Chaotic scenes which saw thousands of Liverpool fans stuck outside the ground led to a lengthy delay to UEFA’s showpiece occasion with reports of fans being tear-gassed by police.

When the game did commence it was Liverpool who dominated and Sadio Mane saw a superb strike brilliantly tipped on to the post by Courtois.

Real Madrid struggled to create anything of note until moments before the interval when Karim Benzema had a goal controversially ruled out for offside. 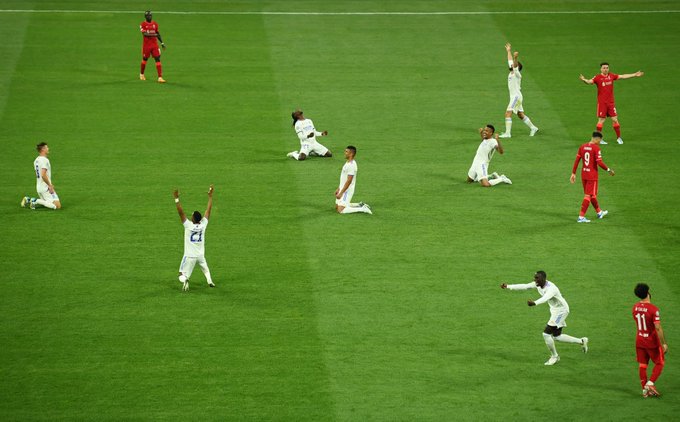 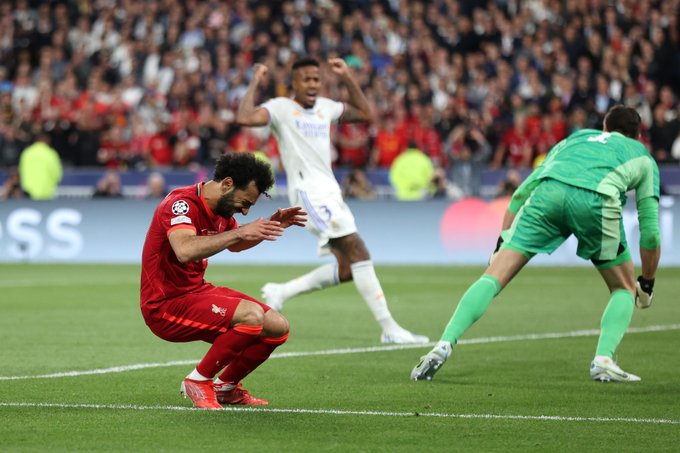 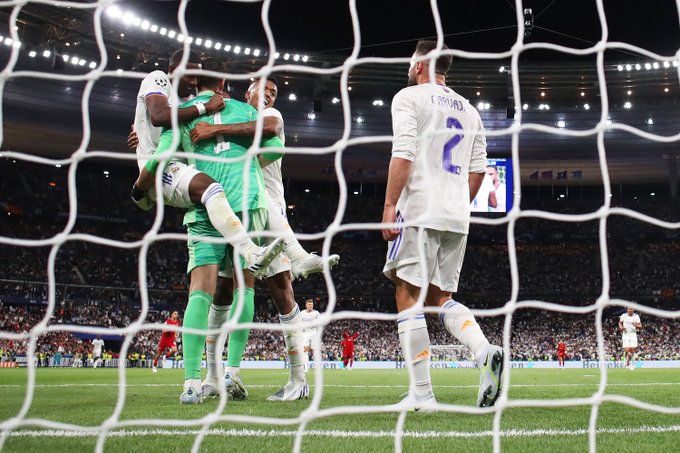 Liverpool continued to pose the greater threat following the interval but it was Real who stole in front when Vinicius finished off a devastating counter attack on 59 minutes.

The Reds pushed for an equaliser for the remainder of the contest but could not find a way past Courtois who produced one of the finest performances of his career to lead his team to victory.