Roma have won the Europa Conference League final by beating Feyenoord in Tirana.

Well, the Giallorossi claimed their first European title in more than six decades on Wednesday night to crown Mourinho’s first season coaching in the Italian capital.

Nicolo Zaniolo scored in the first half, goalkeeper Rui Patrício made some big saves in the second and Roma beat Feyenoord 1-0 to win the inaugural edition of the third-tier Europa Conference League.

Congratulations to the first ever winners of the UEFA Europa Conference League #UECL #UECLfinal pic.twitter.com/DxblWmYXI1 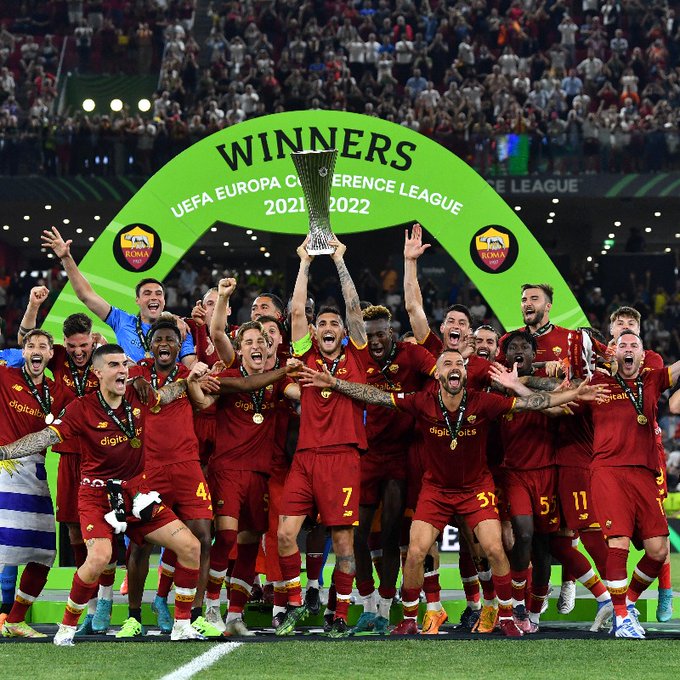 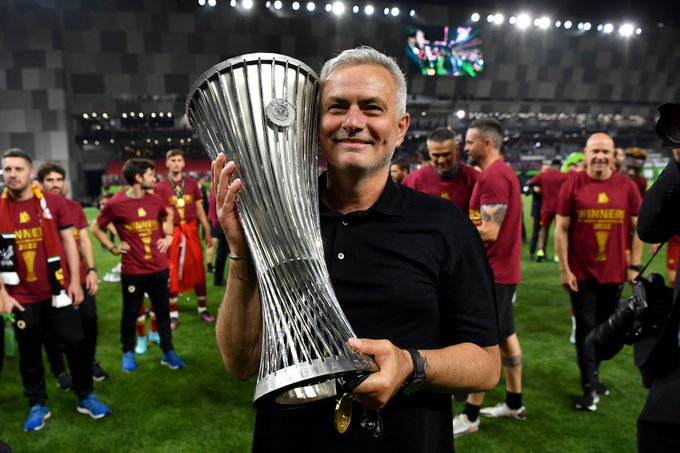 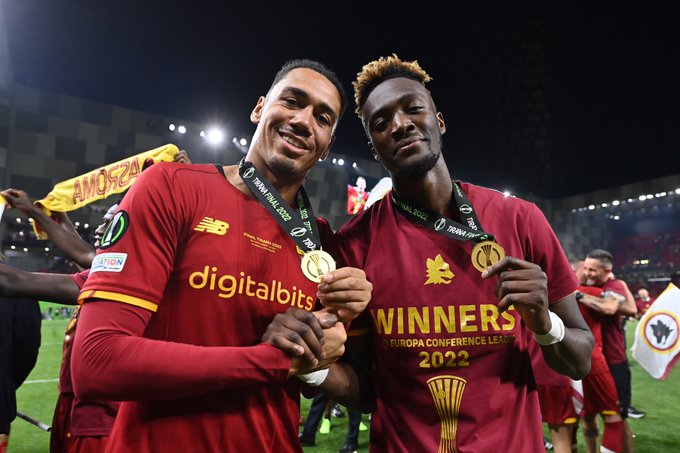 It’s Roma’s first European trophy since winning the 1961 Inter-Cities Fairs Cup — a tournament considered to be the precursor to the UEFA Cup and Europa League. It’s also the first title of any kind for Roma since winning the 2008 Italian Cup.

There were violent clashes in Tirana between fans of both clubs ahead of the final, and dozens were deported back to Italy.

Inside the stadium, flares were thrown onto the field and stewards removed a few fans before kickoff after an apparent fight on the side where Dutch fans were sitting.

The situation appeared to be under control after kickoff.

Zaniolo’s goal started with a ball over the top from center back Gianluca Mancini that Zaniolo controlled with his chest. Zaniolo then pushed the ball past onrushing goalkeeper Justin Bijlow with the tip of his boot.

Zaniolo has often been labeled as Italy’s most talented young player. But he’s been held back by two serious knee injuries, one of which kept him out for all of last season and prevented him from taking part in the Azzurri’s run to the European Championship title.

🤔 What will happen in the second half?#UECLfinal

At 22 years and 327 days, Zaniolo became the youngest Italian player to score in a European final since Alessandro Del Piero’s goal at 22 years and 200 days for Juventus in a loss to Borussia Dortmund in the 1997 Champions League final. 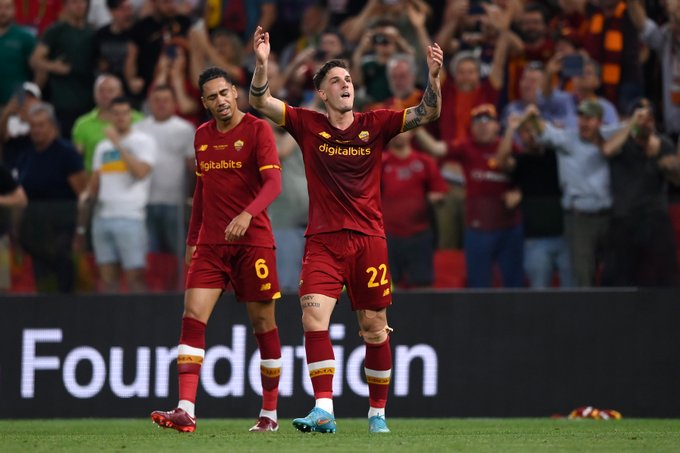 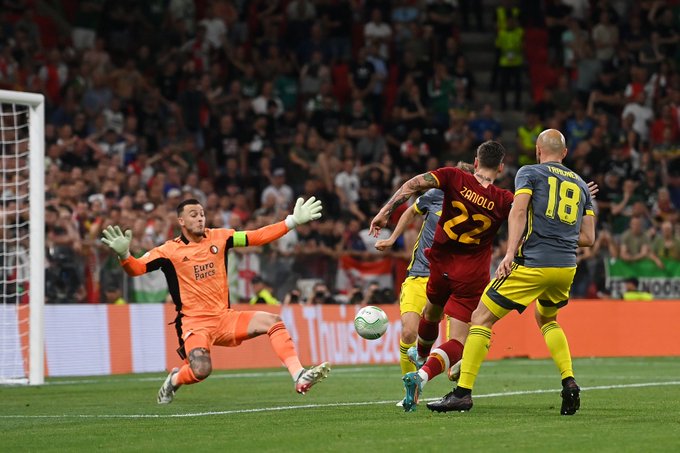 After Zaniolo’s goal, Mourinho — realizing how long there was to go — gestured for his excited bench players to sit and calm down.

Feyenoord came out energized after the break and quickly hit the post twice, first with a close-range effort from Gernot Trauner then with a long-range blast from Tyrell Malacia that Rui Patricio palmed off the upright.

Commentator on Mourinho: “Wherever he has been, somehow, he has won. He has won again.” #UECL #UECLfinal pic.twitter.com/jF3Yty0QhZ

Roma had lost its two previous continental finals, defeated by domestic rival Inter Milan in the 1991 UEFA Cup and dropping a penalty shootout to Liverpool in the 1984 European Cup final in its home stadium.

Ballon d’Or 2022 Nominees: Benzema Leads The Way As Messi And Neymar Miss Out