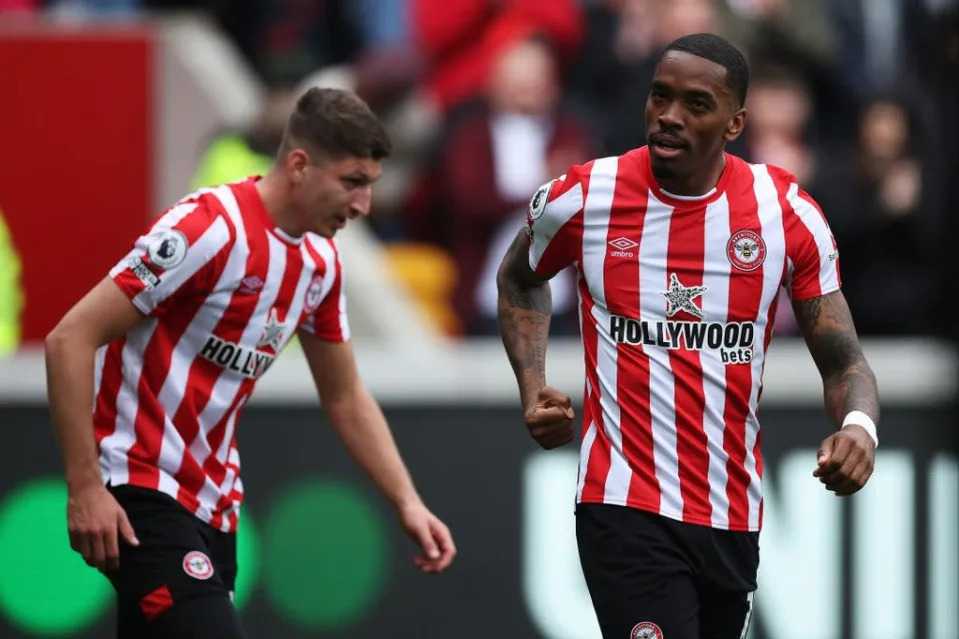 Brentford delivered a huge blow to West Ham’s top-four hopes as the Bees moved further clear of the relegation places with victory in west London.

Second-half goals from Bryan Mbeumo and Ivan Toney saw Thomas Frank’s side climb to 13th in the table, 12 points clear of the bottom three, to all but confirm their Premier League safety.

Mbeumo fired in from Toney’s pass shortly after half-time, before turning provider for his team-mate as Toney headed in after 64 minutes.

The Foxes started slowly at the King Power Stadium but Dewsbury-Hall carved Palace open with a superb ball for Ademola Lookman to fire home, before whipping his own finish high into the net six minutes later.

The 23-year-old’s moments of quality proved telling in a fixture both sides could have been forgiven for looking past given their mid-table status and with key cup fixtures in the coming week.

Palace – who missed early chances through Wilfried Zaha, Jean-Philippe Mateta and Joachim Andersen – refused to give in after the break and Youri Tielemans’ foul on Jordan Ayew in the penalty area offered them a route back into the match.

Zaha saw his penalty saved and when VAR pointed to encroachment in the area by home defender Caglar Soyuncu, his retaken penalty was also palmed away by Kasper Schmeichel, only for the Ivory Coast international to head in the rebound.

It prompted a spirited 10 minutes from Palace – who went close through a Jeffrey Schlupp flick – but their seven-game unbeaten run ends. Leicester now have four wins and a draw from their past six league games – form that lifts them to ninth in the table, one place above the beaten visitors.

Bottom club Norwich City kept alive their slim hopes of avoiding a quick-fire return to the Championship and dealt a blow to fellow strugglers Burnley with a crucial win at Carrow Road.

French midfielder Lees-Melou’s ninth-minute deflected shot, which went in off the post, put the hosts on their way before Pukki drilled home the second to give Norwich a glimmer of hope of staying up, with Dean Smith’s side now seven points from safety with seven matches left.

Burnley had their moments, with Maxwel Cornet, the match-winning hero against Everton in midweek, missing a glorious chance from three yards out.

The result leaves the Clarets 18th in the table, four points from safety with eight matches remaining.