Nigeria’s Super Falcons earned their first win at WAFCON 2022 in the absence of Asisat Oshoala after beating Botswana in their second group match.

The nine-time African champions had kicked off their campaign on a disappointing note following a 2-1 loss to South Africa on Monday.

To add insult to the pain, star girl Oshoala was ruled out for the remainder of the tournament after sustaining a knee injury in the encounter.

However, despite missing their top striker, Nigeria bounced back in their second group game against Botswana.

Randy Waldrum’s women started on the front foot as expected, dominating possession without giving The Zebras a sniff in attacking.

A 21st minute opener by feoma Onomonu and a second goal by Christy Ucheibe in the 48th minute were enough to seal the important win for Nigeria.

The Randy Waldrum ladies are seeking a 10th AWCON title in Morocco, and will take on Burundi in their final group C game on Sunday for a chance to reach the quarterfinals.

Earlier on Thursday, South Africa sealed their qualification for the quarterfinals after beating Burundi 3-1. 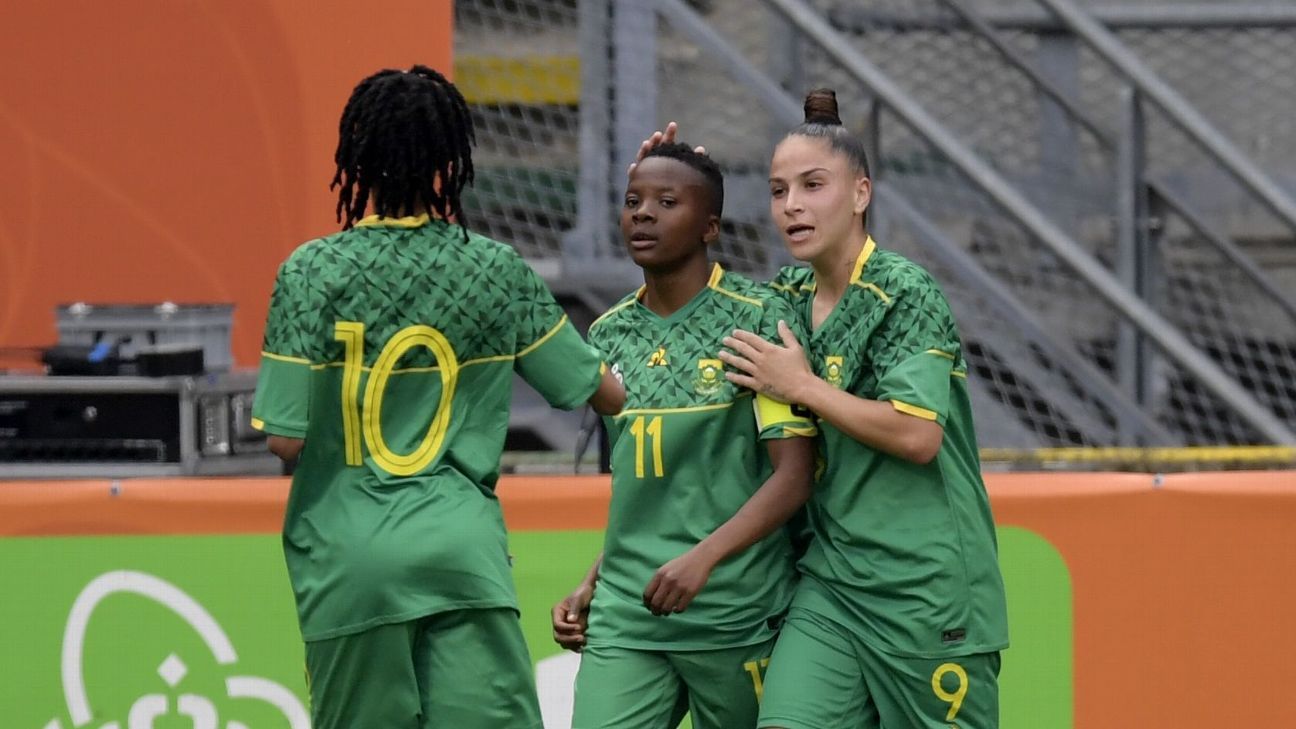 The Banyana Banyana top the group with six points, followed by Nigeria and Botswana on three points each, while Burundi, who had lost 4-2 in their first game, are at the bottom of the table.

All four semi-finalists in the tournament will qualify to represent Africa at the FIFA Women’s World Cup in Australia & New Zealand next year.

The fifth-placed team will get an opportunity to also gain a place through a Playoff Tournament taking place early 2023.

COSAFA 2022: Banda Back For Zambia After WAFCON Ban